Linux is a lot of things to different people now, but at its core it is an operating system that is separate from Windows or MacOS. It is kind of the third alternative for desktop computers. However, it has never had popularity for desktops and perhaps it never will.

Linux is named after its original author, Linus Torvalds. 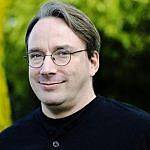 When he was a student, Linus started writing it as a pet project, and offered the source code to the world via the Internet. Others contributed, and over a long course of time, it snowballed into something big. So big that companies like IBM and Sun stopped making their own operating systems and they sell their servers with Linux on them instead. So big that when Google wanted to create a new operating system for phones, they used Linux to create Android.

These accomplishments were not simply a matter of choosing which was technically superior, but something else. Linux succeeded because of community. Those contributors and that sharing of source code were the keys to success. Linux was an “Open Source” operating system. The system and its source code are free, but not in the public domain. They are licensed under the GNU Public License (GPL), which is a license that says you don’t have to pay but you must share. Read more about the GPL at the Free Software Foundation.

Free and Open Source Software (sometimes called FOSS) is a movement in the technology industry over the past twenty years. The collaborative approach to building software is a way to harness the power of every programmer in the world on a single project. Some of the most successful examples we have seen are Linux, the Apache webserver, MySQL, PHP, WordPress, and OpenOffice.org.

The collaborative nature of these projects has the effect of “keeping programmers honest.” It has been widely speculated that Microsoft, Cisco, and others have “back doors” in their systems that allow the US government to access any of these systems. The claims have been denied, but with private systems, it is not really possible to independently verify. Open Source technologies do not have back doors because everyone can look inside and check.

When vulnerabilities are found in open source software, they are widely publicized and fixed quickly. They can be fixed quickly because anyone who has the skills can do it. You don’t need to ask “the company” to do it for you. While at first it might seem risky to make the code public, the effect is actually the opposite of what you expect. It becomes more secure. This has been proven over time.

The best way to improve what we have is to collaborate. There are few projects outside of software that truly allow for worldwide collaboration.

Open Source software has levelled the playing field for businesses and for private individuals. The idea of sharing these powerful tools and allowing anyone to join the team of developers has given opportunities to people who would not otherwise have them.

Access to low cost or free software because of Open Source is one of the hallmarks of the 21st century.

The pronunciation of Linux is generally with a short i sound, not a long i sound like the name Linus has in English. When Linus says his own name, it sounds like “Leenus.” He also says “Leenux.”