Use The Best Tools Available.

WordPress is the most popular content management system, or CMS, available for websites today. Like the Linux operating system, it is free and open source under the GNU General Public License (GPL).

Of course, the numbers don’t tell the why. The why is typically some combination of the following reasons – click on each item for an annotation or explanation of each one.

WordPress can be extended to add a very wide variety of additional features, from social media integration to event calendars to online booking systems to evaluation questionnaires or just about anything else you can think of. Simple shopping cart systems for digital downloads or membership sites or shopping carts with automatically calculated taxes and shipping charges are easily within reach. Even if these features are not an immediate requirement, building on a flexible system ensures they can be added in the future.

If you use other online tools, you may want certain features of your website to integrate with them. More than your social media profiles, you may need payment processing and accounting software, CRM systems, project management, or online calendars. The open architecture, flexibility, and popularity of WordPress mean that needed integrations are likely to be readily available.

WordPress is built to be easily indexed by search engines, which is good for your ultimate goal of having your website found by people. In addition, there are a few excellent WordPress plugins available to fully tailor and enhance your site’s indexability. In fact, Google has stated publicly that in search-index terms, they and their algorithms like WordPress.

Popularity isn’t a strength in itself, unless it translates into other advantages. In the case of WordPress, its popularity means that it’s not a difficult task to find developers to do custom work or to provide additional assistance as needed. In the future, should you need to change developers for one reason or another, finding a new one isn’t difficult for the same reason. For day-to-day tasks such as updating or adding pages, it’s not usually difficult to find staff that have some familiarity with WordPress already.

WordPress is continually updated to ensure that it remains standards-compliant and follows industry best practices to support output of data that is ready for accessibility and tagging of data types, which helps search engines to index the site.

WordPress can be used by school-aged children, and some class assignments have been given to create blog sites to show information instead of papers or PowerPoint presentations. In many cases, updating a site with WordPress is easier than some tasks on Facebook.

WordPress has a large community of users and developers, many of whom freely offer support in online forums. There are a number of sites which regularly publish WordPress news, articles, and how-to guides for users of many different levels.

Due to the number of websites running WordPress, it presents an attractive target for hackers who use automated tools or “bots” to look for weaknesses and exploit them. This type of exploit is often done to inject malware or dubious website links, often invisibly and intended for black hat SEO. Because WordPress is open source, any bugs found which may allow such attacks are typically patched quickly upon their discovery. Many modern software applications like the Google Chrome browser automatically update in the background, and WordPress uses this method for security and minor bugfixes to help keep sites secure. In addition, there are now several WordPress plugins available to help “harden” sites and keep them secure, reporting any anomalies. In addition, many web hosts including 100% Helpdesk offer managed hosting packages so you never need to worry about this issue.

WordPress is suitable for a small one-page website with very little traffic, and even for sites with many pages and a moderate number of daily site visits. WordPress can be scaled up far beyond this, however. Some of the internet’s largest and busiest sites run this platform. WordPress can also be configured to run multiple sites within a single installation. The largest example of this is WordPress.com, which runs literally millions of sites simultaneously. No matter how big your business or your website grows, WordPress can be scaled up to handle it.

WordPress began in 2003 as a fork, or offshoot, of another open source project for blogging software. Since then, it has emerged from being blogging software with few features to being a powerhouse of features, performance, and popularity.

Without ignoring the critical aspect of timing and external influences, much of its growth has been the result of good direction on the part of Matt Mullenweg, the co-founder of WordPress. Matt has been fortunate to have had some very talented developers involved in the project, but the philosophical direction he has set as meant that WordPress has remained easy to use, and forward-thinking without losing backward-compatibility for older versions.

While other software projects have little to no regard for existing users when it comes to upgrades, WordPress has ensured there has been an easy upgrade path from one version to the next. Similarly, while other CMSs allow for multiple ways of accomplishing the same thing, WordPress has, without giving up flexibility, steered development toward a single recommended way of accomplishing a task. It sounds like a small thing, but it’s had a big impact on the interface and on the user experience as a result.

Today, even while WordPress enjoys a huge market share, they continue to maintain a forward-thinking approach, beginning to redesign the ways in which the user interacts with the software by working toward allowance for different interfaces and integrations through new APIs.

One of the things that contributed to the success of the Linux operating system was corporate sponsorship of development. As Linux became more important to different corporations, they directed paid resources as full-time contributors to the project in order to help ensure its success.

This trend helps illustrate how important WordPress is to these companies, which in turn helps ensure that it will be around for some time to come.

Proprietary CMSs and proprietary hosted solutions can be difficult or impossible to migrate away from, leaving you “locked” to a specific provider. Using open systems and maintaining control of your data help prevent this scenario, so if a provider isn’t serving you well, you can make a change at your discretion. 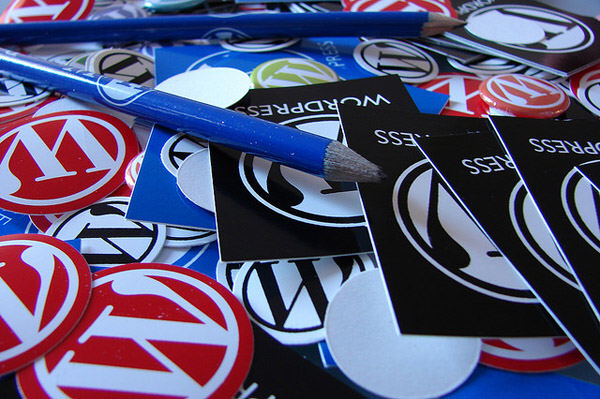 Why Not Squarespace / Wix / Weebly / Other?

Self-serve website-building applications are now available from some webhosts. These make building a site relatively easy, even without a lot of experience in doing so. The results can vary depending on your eye for design and the ability to put it together, but there are normally a variety of templates included to give you something near the look and feel you’re after.

These types of applications don’t typically make it easy to migrate your data away from them. They aren’t as customizable to add new features or change the way existing features work, so at some point as your business grows, if you need to add a feature that you can’t, you’ll need to change providers. Of the current batch of these type of site hosts, some lack an upgrade path for even a change of site theme.

For these reasons as well as those outlined above, we recommend WordPress to provides data portability, customizability, and an easy upgrade path.

Why Not WordPress? Answering Perceptions

Most false or negative perceptions of WordPress have faded as it has gained popularity and more developers have become familiar with it. We still encounter people who have had a bad experience with WordPress, but to date, those issues are generally traceable to poor information or configuration on the part of a developer. There remain two primary misconceptions about WordPress.

“It’s blogging software.” WordPress grew out of a blogging application, which it was in 2003. For

now, WordPress has been more than just blogging software, and for the past

, WordPress has been viewed not just as a CMS, but as an application framework, meaning that developers are using it to build entire applications on, which goes considerably beyond the capabilities of common content management systems. In other words, it was only accurate to characterize WordPress as being “just for blogs” for a short time, and that time is long-past. Still, it remains a great platform for blogs.

Secondly, some people have criticized WordPress as being insecure. As noted above, WordPress can be insecure – like leaving your doors unlocked – but it doesn’t have to be. Follow recommended best practices, or use a web host that provides managed WordPress hosting, and this will be no bigger issue for you than simply remembering to lock your doors.

Let Us Get You Started with WordPress.